Wanna blog? Start your own hockey blog with My HockeyBuzz. Register for free today!
The Pittsburgh Penguins have disclosed their protection list.

So after months of speculation there it is. Those are the forwards I would have protected with their current roster. With no Jared McCann it made it really easy to protect Teddy Blueger. Not protecting Brandon Tanev is the proper choice. He is a fourth line player (currently a good one) in his 30’s making a lot of money for a long time. I’m not convinced the Kraken even entertain taking him. When you look at all the other lists around the league and the caliber of players the money can add up quickly. Paying a premium in term and AAV for a fourth line player looks pretty ridiculous when you scan through all the options the Kraken have and that is exactly what I did.

Using the CapFriendly tool I went and took the best player available from each team and the money adds up really quick. 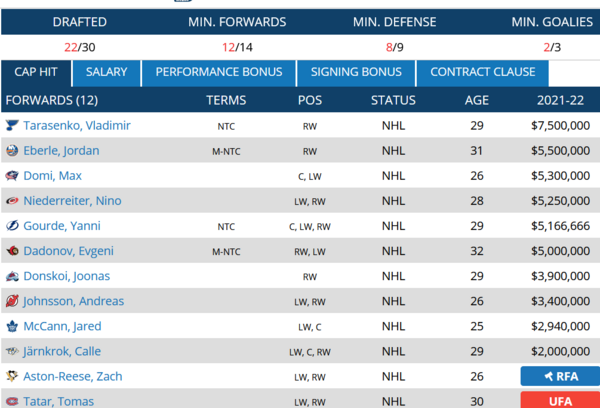 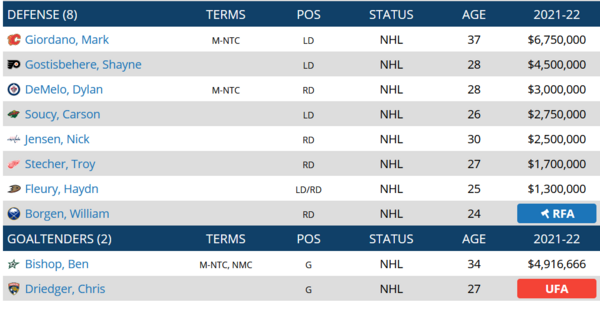 I’m pretty much at the cap ceiling (80.9M out of 81.5M) and I didn’t even take a player from each team. I did this because a lot of people are naturally excited (myself included) when you see the kinds of names available to Seattle. You can also see Seattle will be walking away from a lot of these players because they aren’t going to want to be anywhere near the cap ceiling like this. They will weaponize their cap space for futures from other teams. They aren’t just going to go crazy taking on big contracts like I did.

For this reason I think Zach Aston-Reese and his low cap figure and defensive metrics will probably appeal to Seattle most. There are better expensive winger options than Jason Zucker. There are plenty of defensemen for Seattle to take instead of Pettersson. As mentioned above there are tons of better forward options than Tanev.

The choice to protect Matheson is weird on the surface, but ultimately irrelevant. He wasn’t being taken. He is currently the Penguin with the longest contract on the team. Perhaps they felt like not alienating him because they know they’re stuck with him.

The biggest problem remains the Jared McCann trade. The Penguins could have done nothing and only lost one player, perhaps McCann, but only one player. Now they have lost McCann and whoever Seattle takes now. Very dumb trade.