Wanna blog? Start your own hockey blog with My HockeyBuzz. Register for free today!
Follow @VGK_Buzz
Professional sports are fun and a great escape from normal life. At the same time, they are a business, a multi-billion-dollar business at that. Thus, money comes into play on every decision made by NHL front offices.

Teams draft players, build a relationship with those players, and eventually part with a large percentage of their draftees. Professional sports franchises operate with an ace in the hole of, "It's the business side of the game", in their back pockets. When players are traded, demoted, or waived it's usually just business, nothing personal.

Wu-Tang Clan said it best, "Cash Rules Everything Around Me, C.R.E.A.M" and they couldn't be more spot on. When analyzing a roster, cap hits come into play. It's impossible and irresponsible to look at a player or players for their on-ice production alone. Teams are now looking for value. An underpaid player who can produce above his pay grade.

Additionally, the length of contract and when it gets signed is a big factor for teams and players alike. When a 22-year-old phenom is locked up for seven years at a reasonable cap hit, it's easily considered a team win. At the same time, if an aging veteran is still important to a club, teams can pull off valuable short-term contracts.

When looking at the Vegas Golden Knights, they have a good mix of contract statuses and values despite their three-year existence. They've battled the salary cap and continue to do so to this day. They've also been required to sell off assets to become cap complaint. George McPhee and Kelly McCrimmon have been around the block. To be honest, most of the Golden Knights contracts are pretty good, team-friendly deals.

A quick scan of CapFriendly.com gives everyday users and impressive and visually appealing snapshot of each team's salary distribution. When scouring the Golden Knights' roster specifically, there are numerous great deals and a few duds. When analyzing these deals plyer age, cap hit, term, date signed, and other player-specific details came into play. Below you can find my picks for the three best deals and the one major head-scratcher for the Vegas Golden Knights. 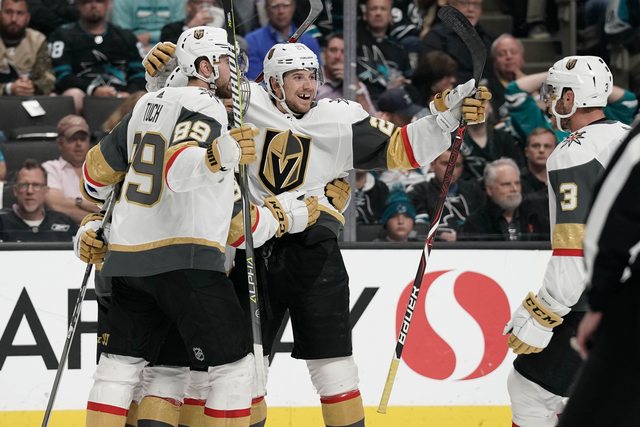 Anyone that argues against the potential of Shea Theodore being a number one defenseman and future Norris candidate, simply has no hockey sense. Theodore brings the offense and holds his own in his own zone. He's made Nick Holden's life extremely easy on the second defense pair and had been gifted with Alec Martinez just before the season paused.

When the Golden Knights acquired Theodore during the Expansion Draft (via trade) they knew his potential, but never could have seen just how great he would be. Clearly, Anaheim didn't know what they had on their hands in dealing him to Vegas. They dealt him to Vegas to dictate the Golden Knights selecting Clayton Stoner. Insane, am I right?

When he arrived in Vegas, Theodore had one year left on a three-year, $2.775 million deal. That type of cap hit, along with his waiver exemption was beneficial to the Golden Knights. They took advantage of that, sending both he and Alex Tuch to Chicago (AHL) to start the inaugural season, but it didn't take long to see Theodore in the NHL lineup and he never left.

His contract ran its course and Theodore became a Restricted Free Agent at the end of his first season in Vegas. It took until the final hour to get him signed, but the then 23-year-old inked this wonderful deal. A two-way defenseman of Theodore's caliber is rare and to get a 23-year-old locked in for seven years was a stroke of brilliance by then-GM George McPhee. The cap hit is amazing at just $5.2 million per season in comparison to other players in that salary range.

Theodore is easily the best value on the VGK roster. 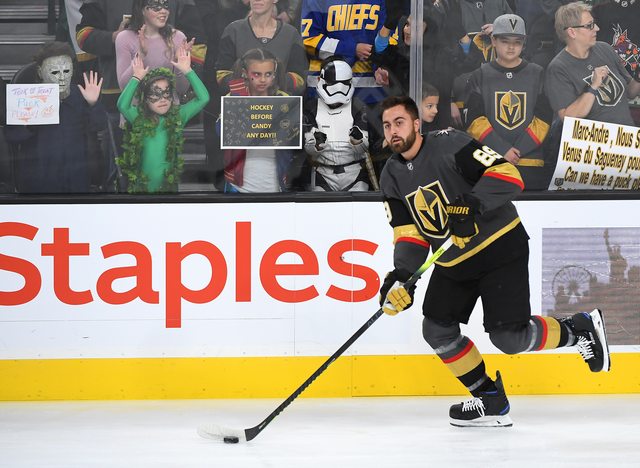 Alex Tuch has a similar story and deal to the previous player in Theodore. As mentioned previously, Tuch started out in the AHL. He was also a good, young player thrown in as an afterthought in a trade. The Minnesota Wild dealt Tuch to the Golden Knights in exchange for the selection of Erik Haula. Haula scored 29 goals for his new club and Tuch showed the beautiful blend of size and skill that he possesses. The Wild knew what talent they had, but simply had to protect other players in Erik Staal and Marco Scandella.

One team's misfortune is another team's treasure. The Golden Knights picked up two talented, young forwards for essentially nothing. Haula performed admirably as the second line center and Tuch came into his own, scoring 15 goals with 22 helpers, at just 21-years-old.

Tuch's extension came a few weeks into his second season in Vegas. That season, he put up 20 goals and 32 assists. A 50-plus point season for a 22-year-old is rare and the Golden Knights certainly knew and had faith in the talent he possessed. He was locked in with a long-term deal, at an extremely reasonable cap hit of < $5 million per season. He will have some growing pains, as we have seen this season, but rest assured, Tuch is very good and will be here for a very long time. 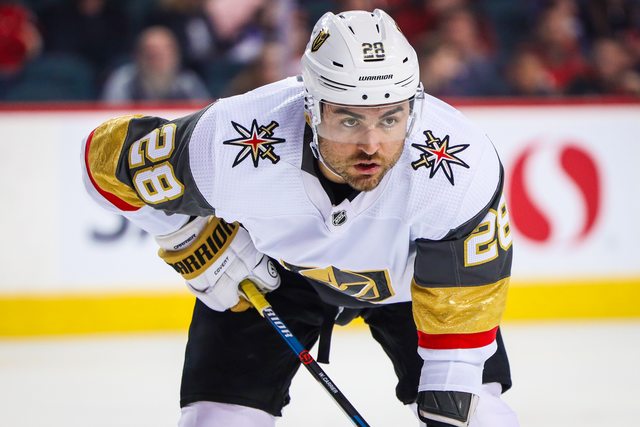 Will Carrier is a physical guy, a cannonball if you will (USA Today Sports)

With the most recent deal on the docket, William Carrier comes in with one of the best values on the team. His recently-signed deal is an amazing value, for a 20-point guy who makes as much as an impact as Carrier does. Securing Carrier for four year was a smart move for the Golden Knights in late February.

Not one Golden Knights game goes by without noticing Carrier on the ice. The fourth-line winger has some surprising puck skill and plays an extremely physical game. His work on the forecheck is noticeably effective, forcing opposing defensemen to rush their zone exits.

Getting his kind of impact locked in for four years, at such a reasonable cap hit - $1.4 million per year - helps the team. With a bottom-sixer under contract for the foreseeable future, the team gives themselves more flexibility and stability throughout the rest of the lineup. Teams that overpay for their depth forwards struggle to land the big-ticket players needed to win playoff games. Carrier is a great value and the type of bottom-six contract teams want. 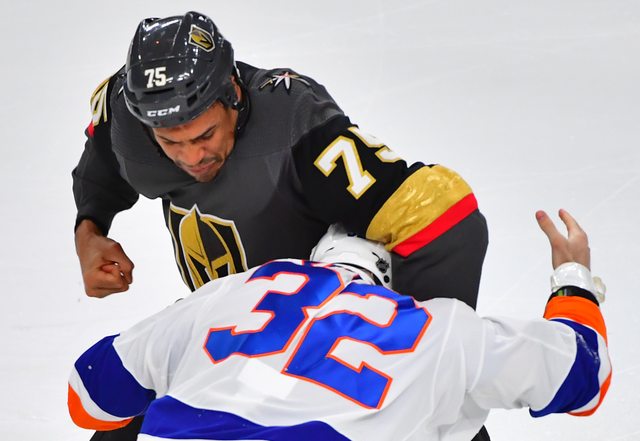 While Carrier's deal is great for a bottom-sixer, his linemate carries an incredibly high cap hit for similar production. Ryan Reaves has been in the NHL much longer than Carrier and has carved out a niche for himself as an enforcer-type player. He drops the mitts, plays a heavy game, and without a doubt, makes an impact. Despite his talents and importance to the team, his cap hit of $2.775 per season is simply too high.

It's hard to justify paying a fourth-liner that much money, for a team up against the salary cap. They've needed to send guys up and down all season to manage the salary cap and Reaves' high salary did not help. While his work is valuable and he busts his hump nightly, the business side of the game comes into play. Fourth-line players rarely make north of $2 million let alone just under $3 million per year. His value comes in his locker room presence and his status as a fan favorite.

He's a pending UFA and it's hard to tell if he will be back next season, but if he returns, it would most likely be at a reduced salary. He's a fan favorite, so his presence alone is important. He should be back, if the money works out. With a few players coming off the books at the end of the season, whenever that may be, the Golden Knights will have some flexibility and some choices to make. With just three fights in 71 games and Carrier being equally effective, the time is now to stop overpaying to have a fighter.

Remember you can catch me daily on the Twitter. Don't forget to look up "The Vegas Hockey Buzz" on your favorite podcast apps. Be sure to rate/review and SUBSCRIBE!