Wanna blog? Start your own hockey blog with My HockeyBuzz. Register for free today!
With 27 days left until the trade deadline, Sportsnet insider Elliotte Friedman has managed to stir the pot for Flames fans. His recent 32 Thoughts podcast held discussion of two potential additions for the Calgary Flames.

Luke Schenn
He’s a giant Saskatoon boy with multiple recent cups on his resume. You know Darryl Sutter has a special pen boxed away for the purpose of signing off on this one. Surely he’s suggested it to general manager Brad Treliving. Now it’s up to the GM to find a price that doesn’t elicit the vomit reflex from the fanbase.

You search up the most frequent hitters in the NHL over the 22-23 season and you’ll see Luke Schenn leading by a country mile. He’s thrown 35 more bodychecks than second place Nicolas Deslauriers.

While that stat isn’t always reliable — hits are counted in-house by varying personnel in each city — the eye test supports the stat. Luke Schenn has been a wrecking ball this season.

If he can be had for a third this draft or a second next draft, Treliving should be all over it. The Canucks really should be looking at extending the 33 year old. His annual cap hit is 850k and his remaining cap hit on the season is 312K.

James Van Riemsdyk
The second overall pick of the 2007 NHL Entry Draft puts up points. That much is clear. His eight goals and 21 points in 31 games this year imply that the 33 year old isn’t slowing down too much. The forward missed from October 24 to December 6 due to a broken finger on his left hand, but otherwise has looked like the same old JVR.

His big frame and solid offensive instincts would likely be of help to the second line with Jonathan Huberdeau and Nazem Kadri should general manager Brad Treliving decide Pelletier needs more seasoning in the AHL.

His $7,000,000 annual cap value wouldn’t be an issue to fit — per CapFriendly, a hit of only 2.54 million remains. The cost may be a bit less fun of a conversation. Who here thinks that James Van Riemsdyk is all the Flames need in order to make an extended run at the cup?

Sending out second round draft in this deep of a draft year would be a gift that keeps on giving. Friedman pointed out recently that source reached out to shoot down this rumour.

Melinda Dillon
Very sad news today as it was announced that Melinda Dillon passed away at the age of 83. The media didn’t pick up on it for almost a month. May she rest in peace. 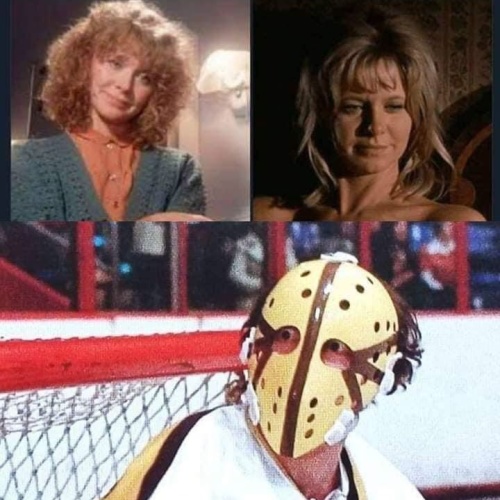 I never put it together that the goalie’s wife from Slap Shot and the adorably sweet mom from A Christmas Story were played by the same person. She found her way into comedy by starting as a coat checker at Second City, so naturally comedic roles were a specialty. Cheers to her memory.


Stats via nhl.com, capfriendly.com and naturalstattrick.com.