Wanna blog? Start your own hockey blog with My HockeyBuzz. Register for free today!
Follow @TylerTyping

Summer is finally in full effect here in Ontario and boy, it's been a hockey whirlwind to get here in the last month in a half.

For the Blackhawks, Stan Bowman has been very busy.

I wanted to take the time to just pause and take a look at just how busy the Hawks have been. There has been a ton of movement all around the league and it's been fun.

Let's take a look at what we've all just experienced so far this 2019 offseason for Chicago:

First, in the above, we look at what Stan had to do with his own RFAs, as well as his July 1st signings of Ryan Carpenter and Robin Lehner. Some tidy bit of business there getting his players and a couple of key UFAs to help contribute this year.

Stan and the Hawks management team obviously had to negotiate and go back-and-forth with the agents of their RFAs, but overall, not near as challenging as scouting, convincing and put pen to paper with UFAs.

Carpenter seemed like a good fit and Lehner fell into his lap. Easy peasy.

The next part, man, aligning with another GM on trade, scouting players who are property of another team and finally pulling the trigger on a trade, that takes some work.

So the below trade frenzy (like the moves or not) is a ton of work and could either prove to be a brilliant reshape of the Blackhawks or a possible disaster by bringing in so many new faces.

Sure, there's a chance a couple don't work out and gel with the team, but I still like a lot of these moves overall and see what the Hawks are trying to accomplish this offseason.

Over 25 days, Stan Bowman made 5 deals; he acquired 6 new players and one draft pick while giving up moving out 5 players and 4 draft picks. That's a lot.

Here are those moves in depth: 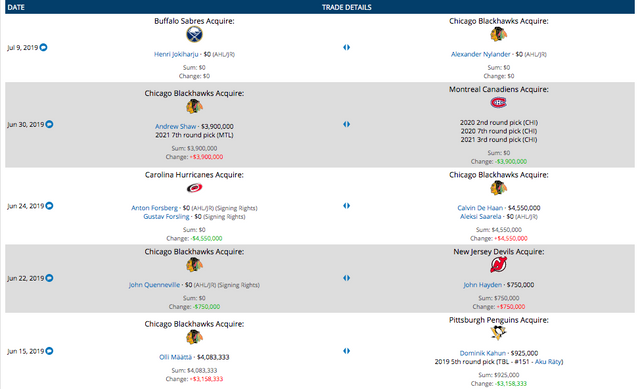 I always like to put things into perspective, so let's look at how busy the Hawks were in the summer of 2018. Keep in mind that Stan didn't really have much cap space to work with – that is until he FINALLY dealt Marian Hossa.

Bowman made a few nice European signings with Kahun, Nilsson and Lankinen all inking a contract in late-May.

Other than that, we had the ever-so-disappointing July 1st with the three-headed monster of Ward/Kunitz/Manning.

How'd Stan make out in the trade department?

Meh, two minor deals and the Marian Hossa move. Due to when that Hossa move was made (after the draft and free agency), there wasn't much else Stan could do to maneuverer his team.

Now, I'm not going to be naïve to think that Stan Bowman makes these moves in a vacuum; he has a lot of help along the way and most (if not all) of these decisions as made by committee of the executives.

So, after looking back to the disastrous offseason of 2018, damn Stan has been busy. He's been busy getting better at his job too because if it hadn't been for a really nice in-season redemption by Stan.

While most of these moves are made as an executive group, the reality is that Stanley was heading for the hot seat had he not pulled off a few real savvy moves while the 2018-19 season was going on: 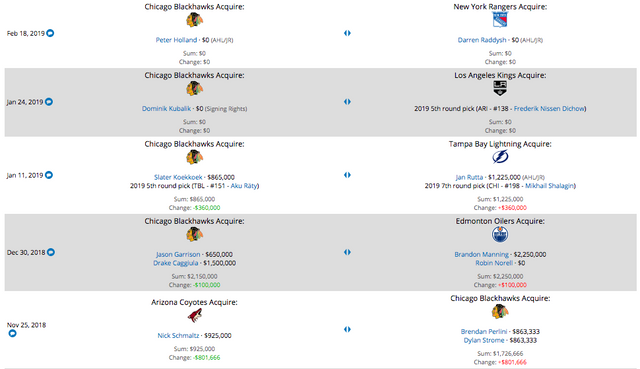 Just when we thought he couldn't get any dumber… 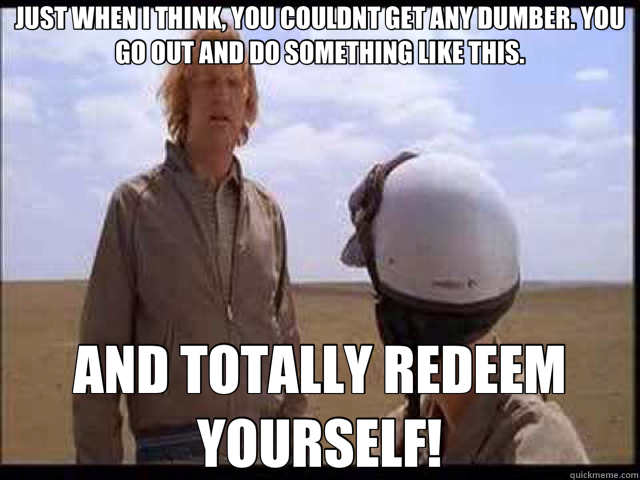 (well, that is until you just traded Jokiharju, but we'll have to see how that one plays out)

So, Stan, you probably have one more move left before the season starts – whether that is resigning and/or trading Perlini or shipping out Anisimov – but then after that… just take some time to catch your breath.

I'm not ready to give Stan his final offseason grade yet but for the most part, I would have to say I like the way this Blackhawks team is shaping up.

The developmental camp begins on Monday and I will have some thoughts on that then. It's not near as fun anymore that they don't have the scrimmages but it sounds like the new format is more beneficial for the coaching and scouting staff to see what they have in the players.

So, while you have your feet up on your deck or are enjoying an adult beverage on a patio, just know that Stanley, the coaches and the rest of the Blackhawks staff are hard at work – AS THEY SHOULD BE!

See ya out there!