Wanna blog? Start your own hockey blog with My HockeyBuzz. Register for free today!
The Penguins have about 4.7M in cap space to work with and still need to sign players like Same Lafferty and Anthony Angello. Unless they move out some more salary their ability to be active in the free agency market is limited. Jim Rutherford has already alluded to this by saying they will not be active on day one of free agency and will be waiting for the fall out.

Perhaps an exception to this would be to sign somebody who was recently bought out and will come cheaper than normal. Kyle Turris is one of those players.

On twitter I brought his name up with a question mark because we all remember Turris being a really solid second line center with the Ottawa Senators. Once upon a time he was pretty good. He was definitely a player worth looking into. I dug in and checked it out. It wasn’t great. The first clue was the buyout itself. Buyouts are never good, but the Nashville Predators will be paying Turris 2M a year for another eight years. Eight! You think they wanted to do that? That is a ridiculously long buyout period. They did it because he has been that bad. 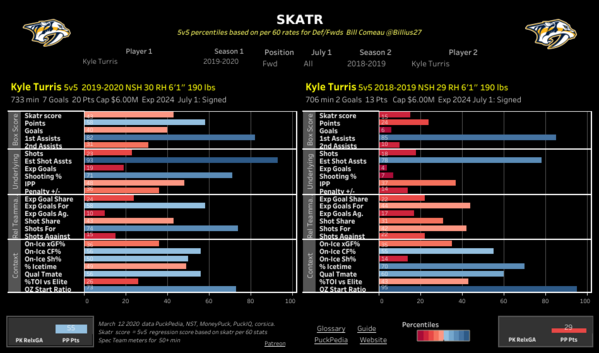 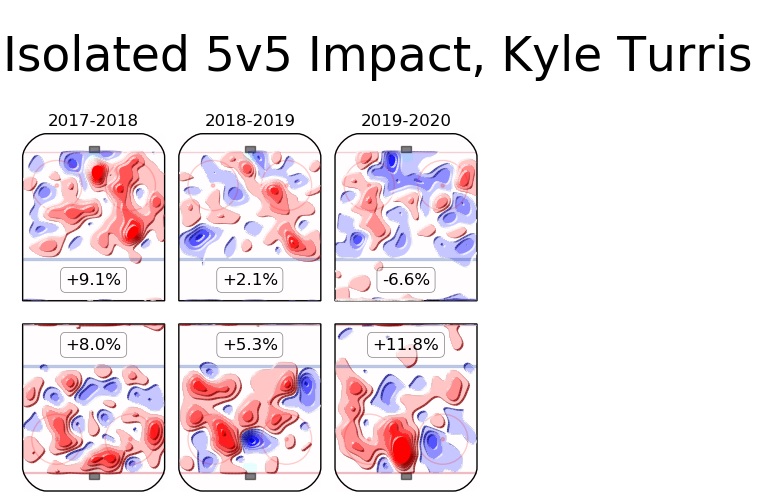 Turris was traded during the 2017-18 season from Ottawa to Nashville. He had 52 points between the two teams. I would have time for him as a player if this was who he was still. His defensive metrics have never been good, but I’m fine overlooking that if the offense is good enough. I want an offensively minded player. He used to drive more offense than his defense would give up. He has not been able to do that the last couple of seasons. Things have gotten progressively worse. Even at a discount It appears you would be adding a player who is going to hurt the team. I just don’t think he can give you quality third line minutes a cup contender would need. It isn't like he was in a bad situation with Nashville.

I wish it weren’t the case because the Kyle Turris from the Senators was damn good. He isn’t that player anymore which is why the Predators are paying 2M per year for the next eight years for him to go away.