Wanna blog? Start your own hockey blog with My HockeyBuzz. Register for free today!
Follow @VGK_Buzz


GAME KNIGHT: Monday 4/19 vs San Jose, 7pm Pacific
With another two game sweep of the Anaheim Ducks in the books, the Golden Knights now have their sights on the second half of this back-to-back, hosting the San Jose Sharks on Monday night. Despite the quick turnaround, a season-long trend has emerged that suggests success for the home team.

Teams around the league have a wide array of both basic and interesting names, logos, and mascots. As Golden Knights, the team in Vegas represents what the dictionary defines as a men who served his sovereign or lord as a mounted soldier in armor. This hockey club has certainly served lord Bill Foley well over the past four years.

Strong, majestic, horse-riding knights are ready for battle. They don’t back down and they’re resilient. Some knights could even be hunters. Come to think of it, these Vegas Golden Knights are quite the bunch of hunters.

In the Honda West Division, three teams take on the persona of an animal. The Anaheim Ducks, Arizona Coyotes, and San Jose Sharks all represent the animal kingdom, but don’t necessarily embrace the fear-inducing connotations of their namesake. Even the Ducks have had a hard time matching the aggression of their logo. 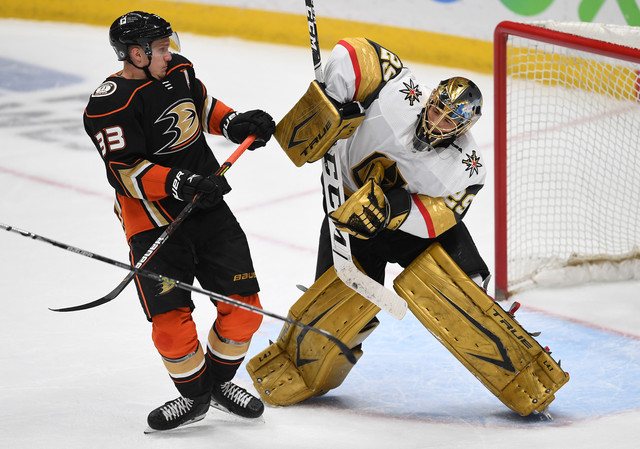 Led by Ryan Getzlaf, the rebuilding Ducks have struggled this season. They’ve got some promising youth, good goaltenders, and a storied history with the names Selanne and Kariya in the rafters. Their current struggles do not mirror their past successes and the franchise is hoping to claw their way out of last place.

Unfortunately for the Ducks, the Golden Knights have done them no favors. Vegas has amassed a 6-1-0 record against the Ducks this year, outscoring them by a 24-12 margin, with one shutout victory. Two of the wins required OT and any point is a big point for the Ducks.

Even with their struggles, they’re only three points out of seventh place and 10 points out of the fourth playoff spot. They interestingly held on to their captain through the trade deadline instead of acquiring future assets. They’ll be looking to survive the rest of the season, while getting their top prospects and other up-and-comers valuable experience. 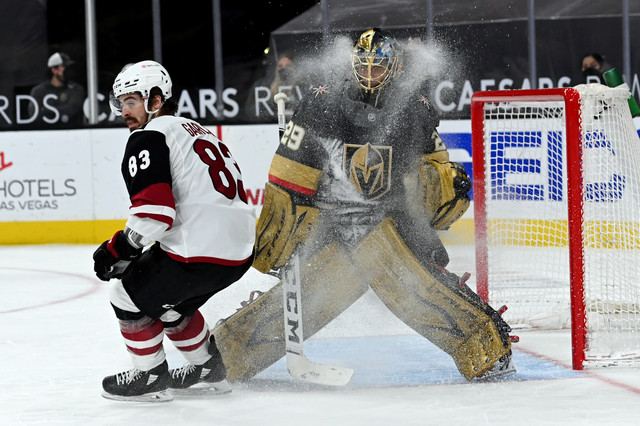 With just 11 games left to play, the Arizona Coyotes find themselves in a playoff position. What was thought to be a three-legged race has turned into - for the time being - a two-team battle for first. Minnesota is sitting pretty in third. The bottom five are fighting, each team with a shot at the final playoff spot.

Fending off St. Louis, a preseason playoff lock, will be tough plus the Blues have a game in hand on the desert dogs. Yet, the Yotes are in the conversation. They’d be much more secure if they didn’t boast an atrocious 1-5-0 record against the Golden Knights. They have been shut out twice by Vegas. 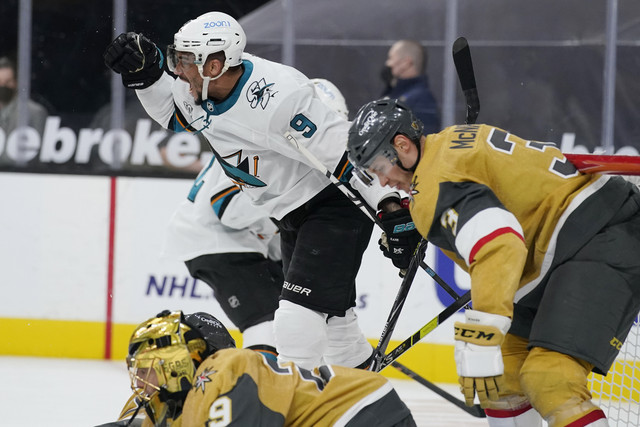 Vegas’ biggest rival has struggled again this season and at the trade deadline they sold off assets, notably goaltender Devan Dubnyk who was the better of their two puck stoppers.

Evander Kane, public enemy number one in Vegas, leads the team in scoring with 36 points (17g-19a) in 44 games. He’s a pest, he likes to mix it up, but he can also score.

In games against the Golden Knights, Kane gets too involved in the physical side and has yet to assert himself on the scoresheet. Rivalry games tend to boil over and come with many variables. In Monday night’s game, he will avoid his nemesis Ryan Reaves. Look for Nic Roy and William Carrier to pick up the aggressive void left with Reaves’ absence.

The Sharks have yet to beat the Golden Knights this season. They’re 0-4-1 against the VGK and seem to be fish out of water, overmatched in the head-to-head series.

Simply put, the Vegas Golden Knights are just better than these three hockey teams. While any team can win on any given night in the NHL, these are the games a playoff team and one with division championship hopes needs to win. 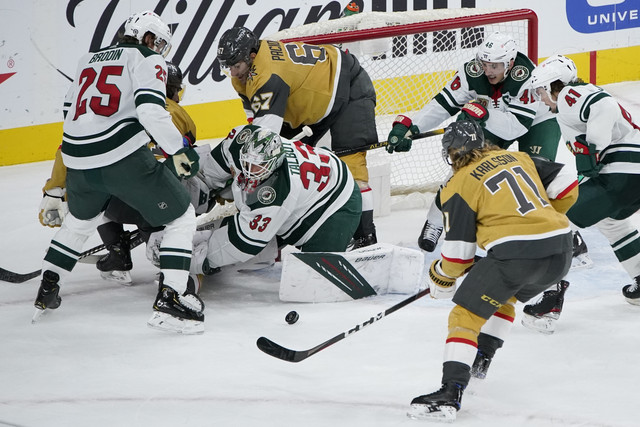 The story starts to change when things get a little more Wild. The Golden Knights have lost four straight to the Minnesota Wild and that club is right on their heels. For now they’ll finish hunting down the easier competition, before finishing their season with six out of their final eight games coming against the Avalanche (1st), Wild (3rd), and Blues (5th).

Follow along the rest of the season to see where the Golden Knights finish and for your breaking VGK news and updates! You can also follow me at the links below!