Wanna blog? Start your own hockey blog with My HockeyBuzz. Register for free today!
RIP to former Toronto Maple Leaf defenseman Kurt Walker (1976-78) who "left the building" suddenly and unexpectedly on Friday night at 9:30 after a brief bout with sepsis. Kurt was founder of "Dignity After Hockey", a charity that helped retired hockey players suffering from the life long debilitating effects of injuries such as concussions suffered during their careers. Kurt was just 64 when he passed and for much of his life after hockey had been a tireless champion for these men who sacrificed so much to entertain us and will be sorely missed by them and by our game. 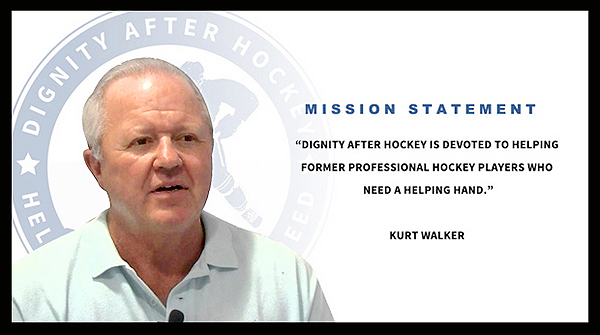 I got a long email from Kurt just a week ago about the potential TV mini-series he was working on co-written by former WHA and NHL player Mike Boland, now a veteran Toronto based award winning documentary filmmaker and a longtime friend from our days together with the Philadelphia Firebirds, about this topic.

"This creation of excellence Mike and Ashlin [Halfnight] have written comes not only from experience but the heart and address's CTE [Chronic Traumatic Encephalopathy] something we all share from the head-shots we took from the game," Kurt wrote in that August 10 email. "I know it's difficult and impossible to diagnose us former players while we are still alive but every hockey player who has donated his brain to BU has tested positive for CTE.

"I recently saw my friend who is a Psychiatrist because of some memory, behavior and cognitive issues I had, along with, depression, and anxiety," he continued. "He pulled up the symptoms of CTE and asked me to look at them and tell him how many I have? I had all 7, I know in speaking with other players we all are suffering the affects of jarring our brain." 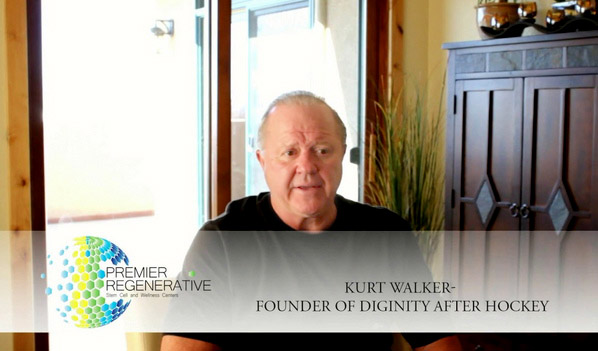 "Kurt and I began talking by phone every day, YES, every day..!", wrote Boland on Saturday morning on hearing the news of his passing. "Those conversations began a month ago and would go from 10 minutes to an hour, sometimes. He embraced our 10-part drama series that Ashlin Halfnight, Dennis Mills and Jim Mirkopoulos had started two years ago. He embraced it as a partner and a brother in our greatest game...hockey. He told me stories and I told him jokes. I'm floored..!!! Kurt Walker...you're the best....!!!"

A native of Weymouth, Massachusetts, Kurt Walker had a six year professional career that included 71 regular season and 16 Stanley Cup playoff NHL games with the Leafs between 1975 and 1978. He played his Junior in Sherbrooke and signed as a free agent by the Leafs after spending the 1974-75 season with the Saginaw Gears of the International League. He played with the Leafs' Oklahoma City Blazers farm club for the 1975-76 campaign while also briefly surfacing in Toronto for a short stint. While he only played in five games that season, he made a name for himself in a late season game in Philadelphia on March 21, 1976.

"I started a bench-emptying brawl at the end of the first period," Walker recalled many years later. "I was assessed 44 minutes in penalties, which I think was a record for a short time."

Kurt appeared in 26 games with Toronto in 1976-77 collecting two goals and five points while posting a plus-five plus/minus rating. During his third season in the organization he played a career-high 40 games for the Leafs and scored four points. 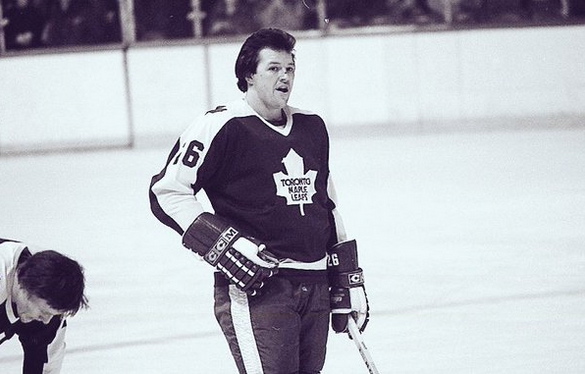 The highlight of his career came in the 1976 and 1978 Stanley Cup playoffs when he suited up for 16 games with the Maple Leafs including the April, 1976 game in which Darryl Sittler scored five goals. The Leafs traded Walker, along with Scott Garland, Brian Glennie and a 2nd rounder to the Los Angeles Kings for Dave Hutchinson and Lorne Stamler in the summer of 1978 but he never played in another NHL game spending the final two seasons of his career with four different minor league clubs. Being limited by injury to just 17 games in his final season Walker retired in 1980.

Like most hockey players of his era, Walker had some great stories about life on the road in NHL of the 1970s.

"I remember playing a game in Boston," Walker told The HOCKEY NEWS in 2015. "My house was seventeen miles south of the city. I had the idea to invite the team to my house after the game. We had five Cadillacs, my dad had one, my uncle had one and I think three neighbors had a Cadillac. Everybody on the team and the trainers all went to my house, which was not a huge house. We made it a party; every body had beer, wine, lobster, and steak. People in the neighborhood started showing up. It’s still referred to as one of the best all time Maple Leafs parties. Guys got drunk, passed out in the snow banks. One guy went back to the hotel and passed out in the elevator, and was going up and down in the elevator. It’s more than 35 years later now and people still remember that party.”

Over his lifetime Walker required 17 surgeries to repair injuries and was critical of the NHL Alumni organization which he believed does not support retired players enough financially. As a result he created 'Dignity after Hockey’ to raise awareness and funds to provide health care to retired players. In 2017 Kurt added his name to a class-action lawsuit against the NHL for neglecting to support players suffering injuries and financial strain once retired.

RIP to a noble hockey man who fought for so many years to help other retired players live out their lives in dignity.