Wanna blog? Start your own hockey blog with My HockeyBuzz. Register for free today!
There are some developments both on and off the ice for the Penguins at the moment. The off-ice developments have to do with the general manager search. It appears we have a front runner.

All signs point to Ron Hextall being the front-runner right now to land the Penguins GM job, according to sources. But the Pens are still talking to other people. Next 2-3 days should be pivotal on that front.

I don’t think this is too surprising. Ron Hextall’s name has been in the center of discussion ever since the position became available. He would be a 180 from Rutherford as far as approach to the job. Rutherford’s style was closer to a child without their ADHD medication while Hextall has a steady supply of Xanax. Hextall isn’t going to be as active as Rutherford, who is? I certainly think the Penguins could do way worse than Hextall. I also hope they continue to conduct interviews before zeroing in. It isn’t like there are other positions open like in the offseason. You might as well take a little time while the Penguins are barely playing any games.

Also, continue to hear Dee Rizzo’s name as it relates to search. Could be for GM role. Could be for role in Penguins hockey operations.
Also hearing Penguins want to give Chris MacFarland a closer look after his 1st interview. Patrik Allvin will also get a 2nd interview.

I like the idea of giving Chris MacFarland some more time. He has a lot of experience as an assistant general manager and wouldn’t be coming in fresh. Dee Rizzo is somebody who would be coming in fresh and I have no interest in him much like I don’t have interest in Kevin Weekes. If you want to give them a lower level position, fine. The general manager position? Put in your time. The Penguins gig has the difficulty cranked up to the highest level considering the next person has to juggle a two year win now window and then a rebuild of some sort. Not an easy balance. Rizzo is a Pittsburgh native and agent with CAA. Having agent skills is a positive. So would getting some experience before sitting in the big chair.

And it appears that is that

Ron Hextall has been offered the GM job of the Pittsburgh Penguins. Two sides are talking numbers at this point, but it’s possible that a handshake agreement is in place as soon as today. #TSN


As far as on the ice the team looks to be without Jared McCann for another day. The team doesn’t play until Saturday so it is still unknown if he will miss time. Filling in for him in line rushes has been Zach Aston-Reese. This means the fourth line from last year (Aston Reese-Blueger-Tanev) is now the third line and the fourth line is a bad fourth line. Slice it any way you want this isn’t a Cup contending caliber bottom six.

Mike Matheson left yesterday’s practice with an injury, but he returned to the ice today skating with John Marino. Rookie stud Pierre-Olivier Joseph continues to work with Kris Letang on the top pairing with Brian Dumoulin still out. Chad Ruhwedel and Cody Ceci round out the group.

Tristan Jarry remains the worst starting goalie in the league 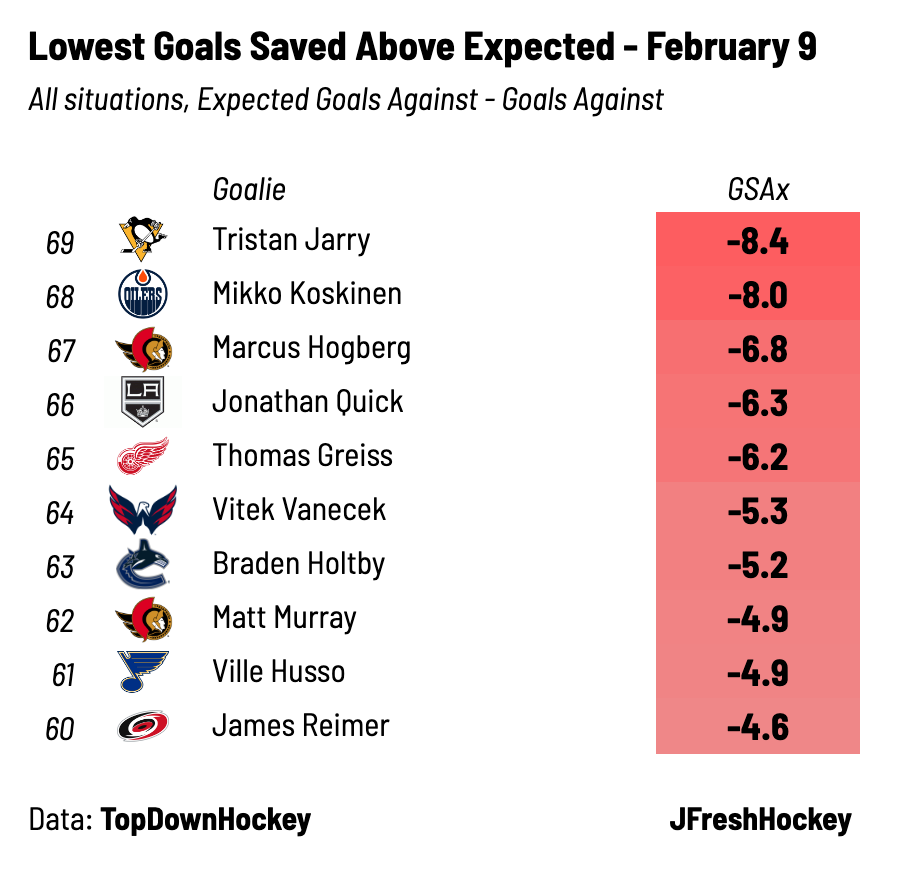 He is almost twice as bad as the guy he has replaced and Murray is having an atrocious season in Ottawa. It can only get better for Jarry. I’m not sure there is anywhere to fall.

As we head towards the trade deadline you usually want to check out the teams who aren't going to be competing for a playoff spot that might have players on an expiring contract. The Penguins are in a tough spot with their current asset situation so this might not apply to them, but Kyle Palmieri is an interesting name to keep an eye on 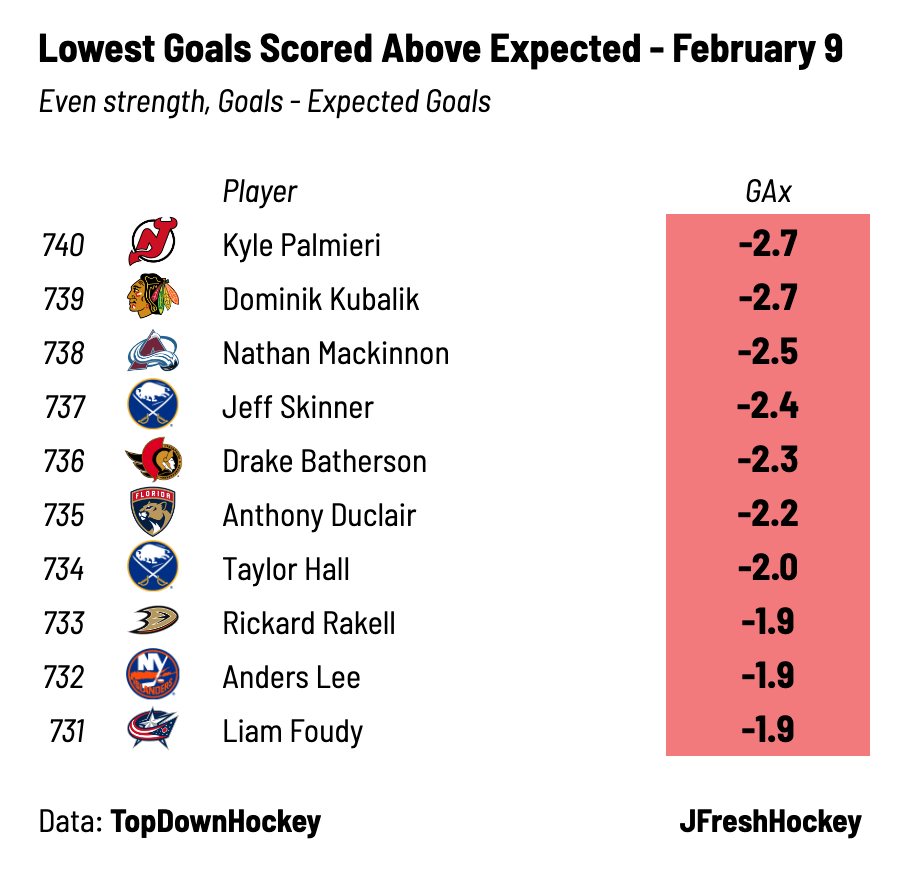 He has been a really good goal scorer for a number of years. It's always nice to buy low on a player like him when things aren't going his way. Any contender would be wise to give him a look. He won't stay this low forever.

Join the Discussion: » 74 Comments » Post New Comment
More from Ryan Wilson
» Penguins look lost against the Islanders
» McCann he get it going?
» Penguins need to avoid self-owning themselves this time
» Teddy or not Blueger might have to play in the top six
» Capitals shaking up the lines for tonight's game