Does anyone else get angry when they hear the name Jack Skille?

Or is that just me?

This is driven by a couple of things for me:

1) CHI needed him… bad – Skille wasn't going to enter into the NHL right away but the Hawks were in desperate need of an impact forward as soon as possible.

Then, he turned pro and it looked like Skille would be an option in the top 9 for the Blackhawks at a time in 2007, which would have coincided with Kane and Toews entering into the NHL for their first seasons.

2) Attitude – There were rumours that Skille caught the Patrick-Kane-itus, as in, he thought he was on Patrick Kane's level and wanted to be treated so.

Kane and Skille knew each other U.S. National hockey program even though they were a year apart. However, that's about them being American was the only similarity.

Skille thought he deserved more and maybe he would have done better with more time throughout 2007-09, however, he didn't cut it at the NHL level.

Skille watched the Hawks win the Stanley Cup in 2010 and then finally won Joel Quenneville over in the 20010-11. Either that or Quenneville had no other options and was forced to play him.

Skille lasted 49 games and 17 points, until February 9th, 2011 when his value proved to be the most useful part of his tenure in Chicago. He was traded, along with Hugh Jessiman and David Pacan in exchange for Michael Frolik and goaltender Alexander Salak from the Florida Panthers.

Frolik ended up being instrumental in the Hawks 2013 Cup win.


Jack Skille in a snapshot: 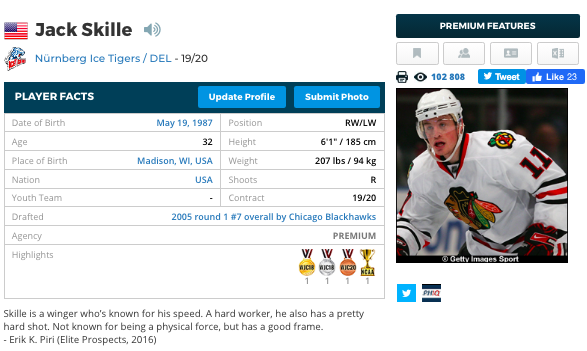 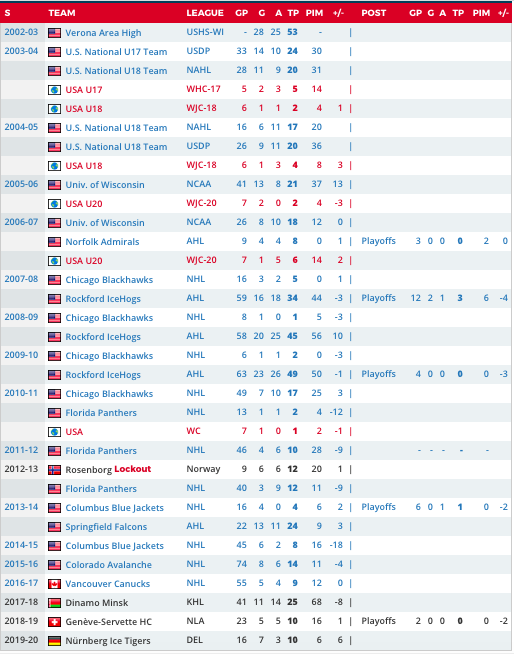 How did the player join the Blackhawks organization?

Jack Skill was drafted 7th overall in the 2005 entry draft.

Here's a refresher of what the Hawks were thinking at this time and why Skille was deemed 7th overall worthy (Courtesy of Hockey's Future):

Opinions diverge fairly widely on Skille as a prospect. Some see him as a scoring power forward, others as at best a checking line player.

Without question, he possesses exceptional speed and a blistering shot that he can get off very quickly. He is a rock-solid 205 pounds and quite strong, especially for his relatively young age. Against college and international competition, he showed an appetite for contact and could at times be physically dominating, whether in the corners or establishing position in front of the net.

Some question whether he will have enough size and strength to succeed playing that style at the professional level. Other questions about Skille include a reputation for lingering at center ice, waiting for outlet passes and ignoring defensive responsibilities, as well as an overall lack of hockey sense.

One advantage Skille should have at the pro level is his sheer speed and an underrated one-on-one game. He has an almost predatory ability to find a weak or tentative defender, who he will then exploit to generate breakaway opportunities. If Skille plays with superior passers and playmakers, he should be able to score consistently in the NHL.


Where were the Blackhawks at this time?

As we already know, " the Blackhawks took Cam Barker in the 2004 draft " and in the following year Skille was taken.

Hindsight is 20/20, but Dale Tallon really missed the boat by not a taken big, talented centre named Anze Kopitar.

However, the Skill pick could have been worse, Tallon could have selected Marek Zagrapan (13th overall), Sasha Pukulok (14th) or Alex Bourret (16th). 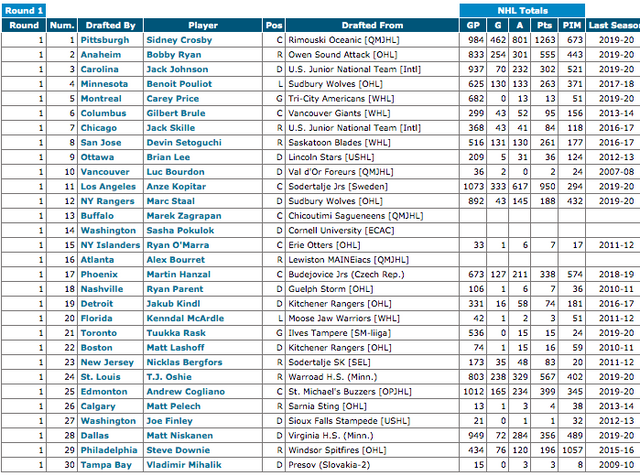 Why this player stood out for me?

Skille was a bust but he was also a tease.

I kept thinking, "this will be his year".

I liked that he was big and fast and for a Hawks team that wasn't very good – albeit was getting new help in Kane and Toews – in 2007, I thought Skille should have been able to make an impact.

I wanted to take a (painful) stroll down memory lane, so I selected Skille for this edition.

Where is the player now?

Skille has played in the KHL, Swiss, and the German league in the last 3 seasons.

Jack, oh Jack, why couldn't you have just been awesome?

I waited for so long.

I am happy CHI drafted you though because they were able to turn you into Michael Frolik (whom I adored).

What are your memories of Mr. Jack Skille?

Join the Discussion: » 103 Comments » Post New Comment
More from Tyler Cameron
» Blackhawks back in the rink on June 8th
» Change is needed
» Who is Matej Chalupa?
» Stuff is happening
» Blackhawks "make" the playoffs