Wanna blog? Start your own hockey blog with My HockeyBuzz. Register for free today!
The Penguins did everything they needed to do this weekend. On Friday night they rode Jason Zucker’s two goals to a 4-1 victory over the fading Montreal Canadiens. Today they absolutely blew out the Detroit Red Wings. You don’t get to choose your opponents just how you play against them. Pittsburgh did what they should and took all four points this weekend.

I’m going to start with Jason Zucker because he is by far the most interesting thing going on with the team right now. Here is something I said during the game Friday night and Zucker didn’t even give me enough time to complete my thought.

If Zucker has any kind of hands he will do well with Sid because of his speed.

And he scored again as I'm typing this 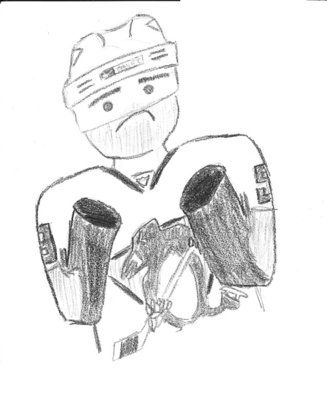 Zucker’s speed is going to cause fits on the forecheck and it gives Crosby somebody who can keep up with him. I was impressed with the aggressive move to the net Zucker made early in the game in which he didn’t score on. It was the kind of move that immediately shows you Zucker can make plays and will be a good fit. His one-timer goal showed he can find a soft spot and finish a Crosby feed successfully.

His second goal showed good skill in close by the net by chopping at the puck kind of like Sid does in close to redirect it up top.

Kris Letang was flashing some of his offensive prowess on the power play with a great shot up top. I know he has been playing with Johnson out of the necessity of playing Pettersson-Marino (pre injury to Marino), but it will really change the Penguins ability to push play once they take Johnson off of Letang’s back and let him loose again. I feel strongly that Rutherford needs to get a Marco Scandella or Brenden Dillon if there is any doubt about Brian Dumoulin. You can’t leave the current top pairing together and expect to get the most out of the team’s best defenseman.

Patric Hornqvist had a hat trick and then he didn’t when the official scorer took away his first goal. He still finished with two goals and was in the crease hammering away at a loose puck on Lafferty’s goal. The Penguins should look for some depth forwards if they want to unlock Hornqvist’s potential moving forward. Yes, he did have two goals today. No, Sam Lafferty and Andrew Agozzino are not going to do enough in transition to open up that potential. Hornqvist has 14 goals on the year now and amazingly 12 have been at 5v5 which he was struggling with. I don’t think he has looked great for much of the year and his underlying numbers aren’t where they’ve been, but his main skill is still there. If his linemates can carry the burden of transition and setting up in the offensive zone he can still mash the puck in the crease with the best of them. If the plan is to keep Hornqvist away from Crosby and Malkin I do worry about the number of opportunities he will get to mash the puck in the offensive zone. Nick Bjugstad started skating and those two (along with Simon) were a great xGF% line. The Blueger line isn’t going to do much offensively so finding another depth forward is a great idea. Right now the Penguins are in danger of being top heavy offensively and as we know that can really be damaging if a drought happens at the wrong time.

The issue with acquiring one of the better forwards is the Penguins are now without a first and second round pick. I don’t believe they will be motivated to move Sam Poulin or Nate Legare now that they’ve parted with Calen Addison. Andy Greene just went for a second round pick (overpay) so the going rate is likely not be feasible for a player like Dillon 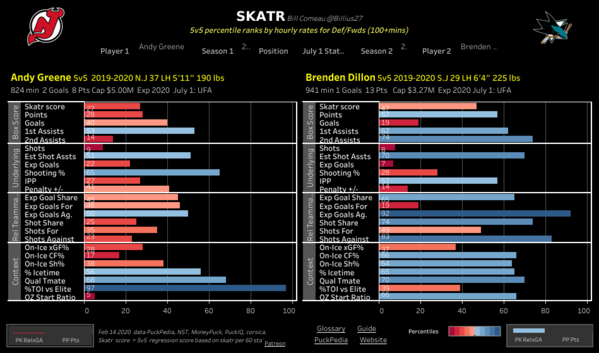 Jim Rutherford’s best strength is making deals. It can also be a weakness because he hits on them as often as he misses. We’ll see what happens, but there is a need for both a forward and defenseman at the moment in my opinion.

The Penguins next game is one of my favorite matchups on the calendar. They will face the skilled Toronto Maple Leafs and both teams usually deliver on an entertaining contest.