Wanna blog? Start your own hockey blog with My HockeyBuzz. Register for free today!
The Chicago Blackhawks are in town and it means Olli Maatta will be in Pittsburgh for the first time since being traded away. The two-time Stanley Cup Champion never hit the ceiling people were hoping for after his impressive rookie campaign. A big reason is because he was on a sheltered third pairing with a then impressive Matt Niskanen. As his role was expanded and his partners got worse things never got back on the original track. Injuries and cancer also played a big role in altering his career path.

He is the ultimate complimentary player. His play is dictated by his partner. This means you can elevate him to spread your depth elsewhere, but it also means he will drown when paired with somebody bad. So how have things been in Chicago?

To be fair Maatta has predominately played with Brent Seabrook. Not a recipe for success in 2019! Seabrook has one of the very worst contracts in the league and has been washed for the past few years. This is setting up Olli Maatta to fail. Here’s some of the carnage

The Maatta-Seabrook pairing has a CF% of 41.97 and ranks 74th out of 75 pairings who have played 100 minutes this season. Their xGF% of 36.32 is also 74th out of 75. My fix for the situation is something the Blackhawks appear to be going with. They are trying out playing Maatta with Erik Gustafsson. There is an argument that Gustafsson is one of the better, if not the best, Chicago defender on the roster. If Maatta can’t gain traction with a better option perhaps his days as a chameleon are over and his NHL career may be the living embodiment of his infamous celebration photo. 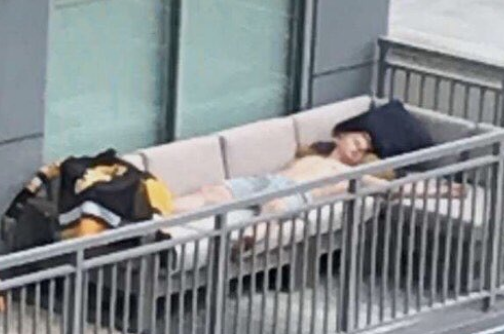 The Penguins haven’t beaten the Blackhawks since the end of March in 2014. Since that time the teams have combined for three Stanley Cups. It’s been a while. No time better than now 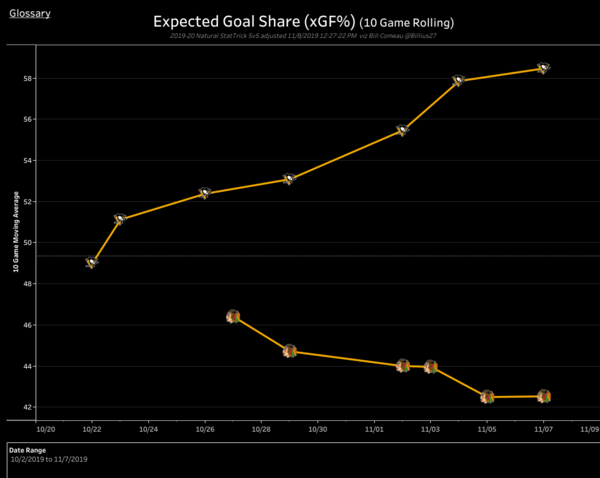