Wanna blog? Start your own hockey blog with My HockeyBuzz. Register for free today!
With just about every cap-strapped NHL fanbase discussing whether it would be a good or bad idea to bring in the notoriously toxic power winger Evander Kane, let’s look at a few options that would likely be great additions to an already good team— and wouldn’t cost an arm and a leg like Joe Pavelski, Tomas Hertl, or Kevin Fiala would.

The two common traits among most of these players are:

1.) Being under contract control— most commonly with RFA status entering next season. This is something GM Brad Treliving is frequently mentioning when asked about potential acquisitions.

2.) Underperforming and thus being available at lower than what the market would dictate.

According to Frank Seravalli, Jack Roslovic has been made available.

His combination of speed and finishing ability have to have drawn more than a few phone calls. While this season’s production is around the 35 point projection, his 34 points in 48 games last year is still fresh in the minds of General Managers around the league. Roslovic may be the most expensive of the players listed, but he is salary controlled at 24 with a few RFA years still.

Roslovic also has a firm background playing with Matthew Tkachuk. The two played 88 games together in 13-14 between USNTDP Juniors and the U.S. National U17 Team. The next season, they played 65 games on the same U.S National U18 team and 34 games with the USNTDP Juniors. It’s reasonable to assume that they are familiar with one another.

Roslovic may cost a 1st round pick— but would ideally fill an important vacancy on the Flames; a right shot right wing with proven scoring ability.

Kubalik is one of the more hot/cold wingers in the NHL.

He has had four point games, a streak of 10 goals in eight games, and has a 30 goal season under his belt. Scoring below his career average this season— it may be fair to say Kubalik is due to heat up in the near future. 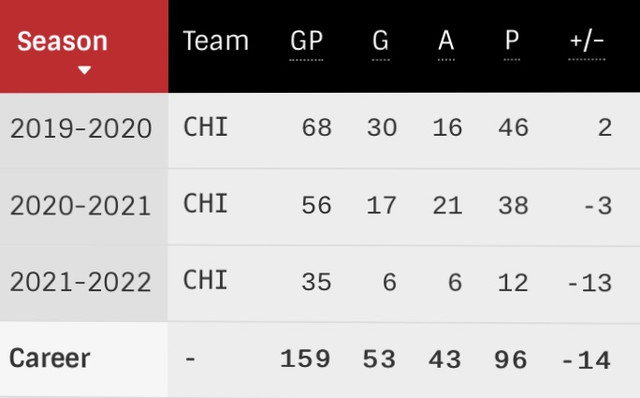 (Of important note is that he had six points in four games against Edmonton in the notorious play-in best-of-five series where the Oilers were eliminated by a basement-dwelling Chicago Blackhawks.)

While he is a decent player in a top six role, it would be interesting to see him playing lighter competition on the third line. Kubalik is a player that can power your team through a playoff game when the big guns are matched up adequately. His age, production and RFA status has to have Brad and the Flames brain trust talking things over.

These next two are forwards who’s careers are stumbling largely due to the lack of supporting offensive depth on Arizona year over year. Fischer, a right shooting power right winger, has seen his points decline as talent has drained out of the Coyotes system. From 33 points in his rookie season to 11 last year. 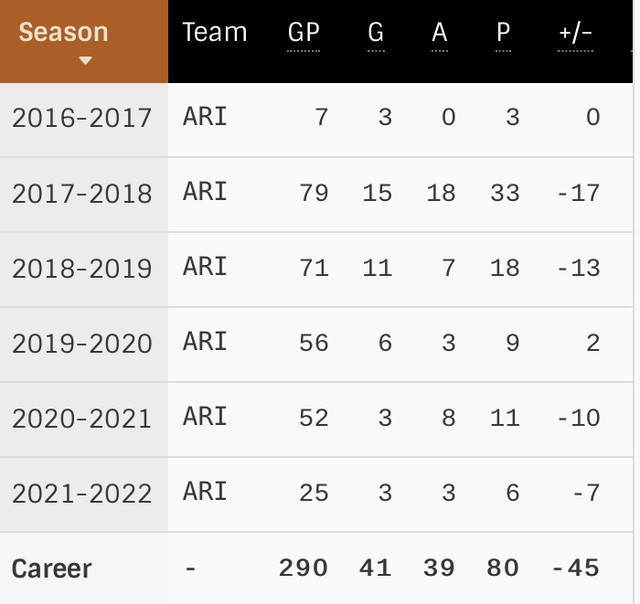 With that said, to those paying attention, his game is developing. You better believe he would be jumping at the opportunity to play on a successful team with a better system— especially with a new contract forthcoming.

The former World Juniors star just can’t seem to gain traction in the NHL. What is worse is that he is also struggling to score in the AHL.

Elliotte Friedman and Jeff Marek mused over the summer that Hayton may be looking for a change in scenery. With his current numbers, his agent should be making a request to conduct due diligence on interested teams.

Hayton has shown flashes of the NHL player he could develop into. His two goal performance on November 16th against the Blues was encouraging. His tenacity on the puck led to a turnover that led to a victory for the Coyotes. A change in scenery and time on a dominant AHL team like the 21-5-3 Stockton Heat may be just what the doctor ordered.

Rasmus Ristolainen held down the fort as a 1st pairing defenceman for eight seasons in Buffalo. His confidence in that time has waned and he is clearly not cut-out for taking on the heavier lifting in terms of defensive matchups.

He wouldn’t have to do that on the Flames— at least not until injuries really start piling up. The giant Finn has all the potential to turn into an offensive threat if put in an insulated role and paired with a defensive stalwart like Chris Tanev. Ristolainen is the one player listed that wouldn’t be ideal to re-sign with the Flames following the end of the post-season given his ask will be around four million.

Adding Ristolainen is the least likely and most controversial option of those listed. While there is no need for him at the time being— no team is injury free leaving the first round. His experience may pay off in spades if multiple injuries to the top four accumulate.

You may remember Zach Sanford from his early season fight against Erik Gudbranson. The 27 year old power forward has shown in his young career that he plays with zero fear, uses his size well and has the capability of putting the puck in the net.

Cast-off by both the Capitals and the Blues, Sanford plays a heavy game with a decent amount of offensive skill to go with it. The 27 year old left wing from Salem, Massachusetts has 81 points in 238 career games. Having his offence fall off a cliff during a contract year has to be driving him nuts. Just two seasons ago he put up 16 goals and 30 points in 58 games with a better supporting cast around him on the Blues. 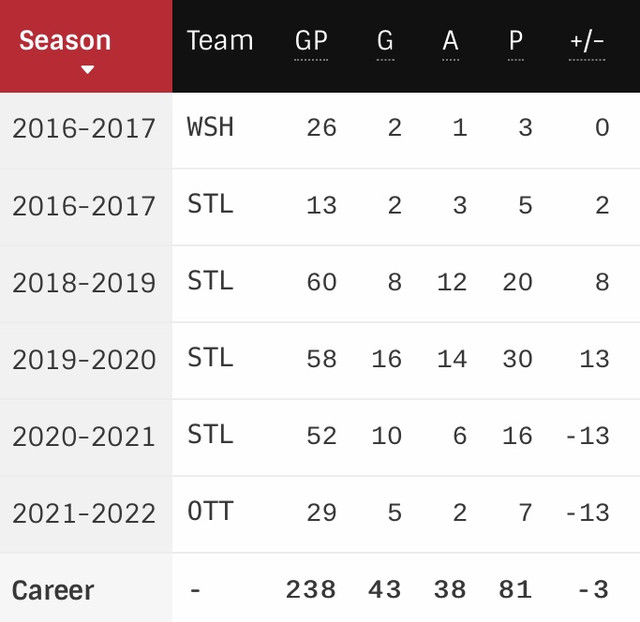 Sanford is a UFA at the end of the season and would likely cost around a 3rd or 4th round pick to acquire at the deadline. He fits the Sutter mould perfectly and would provide more scoring presence than a Trevor Lewis or Tyler Pitlick.

Are these star players that will turn the fortunes of the franchise for the next five years? Most likely not. They are players that have the potential to join an already good team and play their part when it matters most.


Which of those listed would you prefer? Evander Kane is still an option.