Today’s team is the Czech Republic. It’s really the only team left that can fly solo for this. They have a wealth of NHL forwards to choose from, but it gets a little dicey after that. This team should be able to score goals. Not so sure how they would prevent them.

The honest truth is I thought this spot was going straight to David Krejci, future Hockey Hall of Famer per the Boston media market. The truth is Krejci is closer to being washed than an impressive offensive player, at least this year. 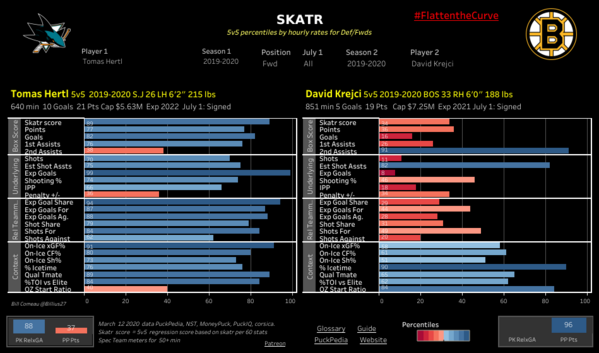 Hertl is younger and can around quicker these days than Krejci. Hertl’s goal song is also worth putting him over. Teenage mutant ninja Hertl gets bonus points here.

He’s still getting it done in Philadelphia as an offensive powerhouse at 5v5. Truth be told we almost had an upset special here. Dominik Kubalik gave me some thought and made a strong run at this spot in the lineup. His 26 goals at 5v5 were tough to ignore, in fact I did not ignore it. It stood out. Ultimately, I didn’t know what to think of his 19.1 shooting percentage and leaned towards the player with the larger sample of success in the league who is still having success. I am very interested to see how Kubalik follows up this very impressive debut season next year.

Pastrnak is the league’s best goal scorer in 2019-20. He has one of the absolute best contracts in the league. He isn’t going to slow down anytime soon. Any team would be lucky to place him in their lineup. The Czech Republic finally has their next right wing stud on the national team after Jagr held down the position for like 50 years.

The forwards aren’t half bad. Some other names include: Jakub Vrana, Ondrej Palat, Ondrej Kase, Pavel Zacha, and Martin Necas.

Here is where things fall off a cliff

This just doesn’t fare well compared to the other countries so far. Even Finland had some offensive punch with Miro Heiskanen on the back end. I don’t know what else to say other than Filip Hronek was in the running due to his point totals in Detroit this year, but everything else about him was a tire fire. Sure, the Red Wings were an abomination, but his relative stats were not friendly among peers who were not good.

Kempny had solid underlying numbers and was the safe pick for the left side. Gudas has been quietly serviceable for a number of years so it was between him and Hronek. 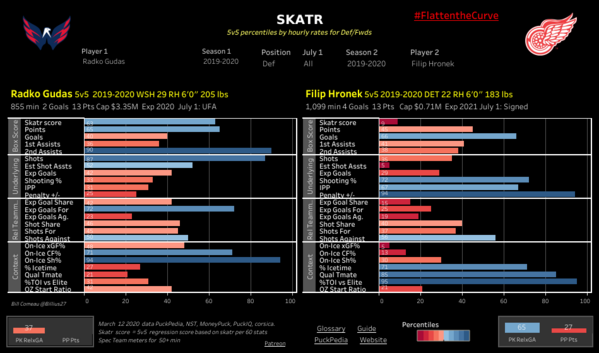 Quibble about Gudas or Hronek, but the fact of the matter is the Czech Republic is in rough shape as far as top pairing defenders go on the right side.

If I thought Jagr could skate backwards I might have put him here. It still might not be a bad idea.

Honestly, your guess is as good as mine. Petr Mrazek and David Rittich were the other two goalies in the running. Francouz has way better numbers this year (.923) than Mrazek (.905) and Rittich (.907). Francouz’s sample is only 34 games and it is a risk. I’m taking the hot hand from an unknown over larger samples of mediocrity (or worse). The fact is Czech’s goaltender is going to have to channel Dominik Hasek for this team to be competitive. Francouz is closer to doing that in 2019-20 than the other two even if it is destined to come up short anyways.

Czech out tomorrow’s blog to close out the series.
*I changed my mind there will be two more*