Wanna blog? Start your own hockey blog with My HockeyBuzz. Register for free today!
The Penguins are back in action tonight against the Calgary Flames. At least one part of their game is going to look a little different. The power play will have a personnel change. Bryan Rust is out and Jeff Petry is in.


It has been quite a long time since we’ve seen two right-handed defensemen on the same power play for the Penguins. It’s been a four forward power play with Letang forever. Bryan Rust has shown some struggles this year, perhaps injury related, and hasn’t been at his normal standard. Jeff Petry is going to take his place. Petry is also right handed and is a quality shooter so this is definitely a setup that could work. Personally, I prefer more forwards on the power play and I think Rickard Rakell has played well enough to earn a look, but it isn’t an egregious choice to put Petry there. Something has to give the power play hasn’t been good enough. There’s certainly room for Kris Letang criticism here. He needs to play better in all facets of his game. His issues aren’t all that complex, though. He just needs to shoot the puck with an open lane and a lot of his decision making issues go away. He’s not taking what is given and thus creating problems for himself. The entire concept of a power play is to take the 2v1 you get and make choices based on it. Letang isn’t taking the 2v1 and is instead forcing things elsewhere. His skating is such an asset on the breakout and he’s run a successful power play for many years. That’s what makes his choices frustrating to this point.

One wrinkle we haven’t seen in a while is the right-handed one timer from the left circle. It’s been so long that Mario Lemieux might be the last semi-regular option who had the one-timer role on the left side. Phil Kessel was amazing on the left circle. He wasn’t a one-timer guy. He loved his quick release wrist shot and he should have. I do like the promise of having Petry and Malkin opposite of one another, both ready to bring the hammer down. Sidney Crosby and Jake Guentzel can clean up the garbage down low. Turn this into a volume power play and not the pass it around the perimeter until you get a specific look one. We’ll see how it plays out. 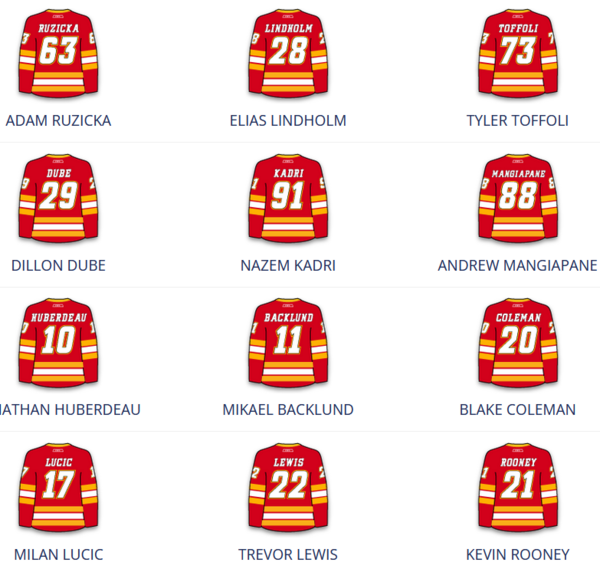 The Penguins should be operating like they did last game. They had an optional morning skate

The defense as follows:

Join the Discussion: » 108 Comments » Post New Comment
More from Ryan Wilson
» Binnington Blue it again
» A dip in play coincided with Letang's last stroke
» Kris Letang suffers another stroke
» Sidney Crosby is better at scoring goals than you think
» Mailbag: What to do with Kasperi Kapanen + other roster moves