Wanna blog? Start your own hockey blog with My HockeyBuzz. Register for free today!
The Penguins are set to host the Columbus Blue Jackets this evening. The Blue Jackets are currently dead last in the Eastern Conference and have struggled to gain traction so far in 2022-23. Here is what they look like 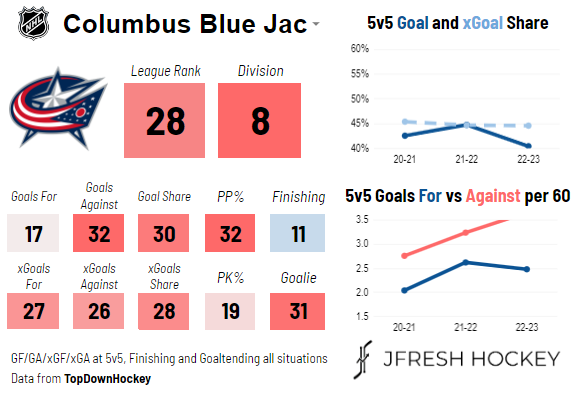 It is no surprise the Penguins compare favorably 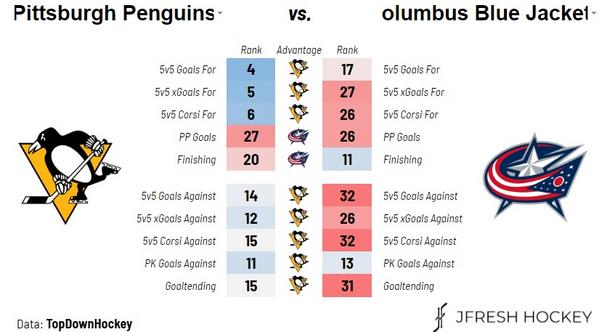 One of the few things Columbus is good at is finishing and they did just get Patrik Laine back into the lineup this week. Any team can beat another team on any given night in this league. The Penguins should be able to take care of business. They’ve been playing good hockey as of late.

While it is a game day the biggest news for me is Kris Letang skating in full gear before practice. It is really great to see. I fully believe Letang will be back before the end of the regular season. If we are to believe the reporting that this stroke was “not as bad” as the one in 2014 then we should see Letang back in action in a few weeks or so.


Kris Letang is skating in full gear with assistant coach Ty Hennes before Penguins morning skate, which is fantastic to see. pic.twitter.com/7zT5PWDZIZ

A big reason (I think) why the Penguins acquired Jeff Petry was to have Kris Letang insurance. In theory if Letang missed time Petry’s offensive ability would be able to lessen the blow of not having Letang in the lineup more so than a defensive minded John Marino. In the three games since Letang has been out Petry has an xGF% of 60.77. High-danger chances are 12-3 in favor of the Penguins at 5v5 when Petry has been on the ice in these three games. Additionally, he has two points. Things are working as planned, so far.

The Penguins have had some illnesses running through the team. Sidney Crosby and Evgeni Malkin missed practice yesterday due to it. I expect both players to be in the lineup tonight. Casey Desmith was also one of the players who missed yesterday due to illness. This is relevant because if he’s sick, we might have an interesting situation brewing

EBUG Mike Chiasson is on the ice for the optional morning skate. If Casey DeSmith is still sick and Kris Letang isn't going on LTIR then Chiasson pretty much has to back up, they don't have cap space for a recall.

EBUG situations are really entertaining. More so if they don’t involve your team…

#Pens HCMS:
- Poehling is OUT tonight, skated this AM
- Crosby, Malkin & DeSmith all game-time decisions but hopeful they’ll be available
- Tristan Jarry starts against Columbus

Kasperi Kapanen will look to keep his goal scoring streak in tact. He has scored on four of his last seven shots after only one goal on his last 19 shots.