Wanna blog? Start your own hockey blog with My HockeyBuzz. Register for free today!
One of the main rivals of the Pittsburgh Penguins decided to go bold yesterday. You can argue all day whether it is smart or not for the Islanders to spend a first round pick on two rentals. You can argue if those rentals are actually good enough to put them over the top, but the fact is they did it. I do think it improves their depth and they are a better team than they were before yesterday. Also, it isn’t like the Islanders are an up and coming team. A lot of their key pieces are pushing 30 and a good chunk are over 30 (Lee, Nelson, Eberle, Pageau, Bailey, Clutterbuck, Cizikas, Komarov, Martin, Leddy, Mayfield, Greene, and now Zajac and Palmieri). They are a win now team whether you think they are good or not.

The rentals the Islanders acquired were Kyle Palmieri and Travis Zajac. The Islanders got them for basically a 2021 first round pick and a conditional 2021 fourth round pick that could become a third. There were also two AHL players involved and I believe that was to even out the contracts coming in and coming out.

Palmieri is a player who has been a pretty good goal scorer for years, until this year. There is a decent amount of evidence that suggests this season has been more unlucky than bad. The Islanders are making a pretty safe bet on a bounce back in my opinion. Stick Palmieri next to Barzal and I think you’ll see some good things from the former Devil.

This is the ball game right here: Palmieri has been one of the league's most efficient scorers for the past six seasons before this one. #Isles are betting that this is a slump, which based on his track record seems fairly safe. pic.twitter.com/lTkKNNo7va

As for Zajac. He is a middle of the road forward. 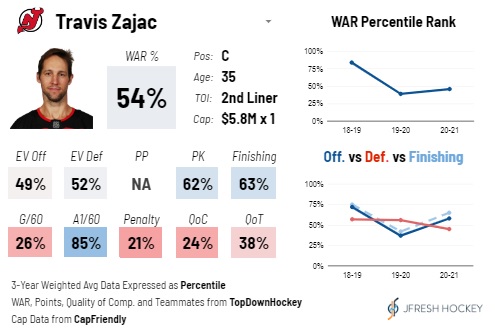 He is also a Penguins killer so that isn’t going to help if the Penguins face the Islanders. And there is a real chance they will face each other in round 1 again. 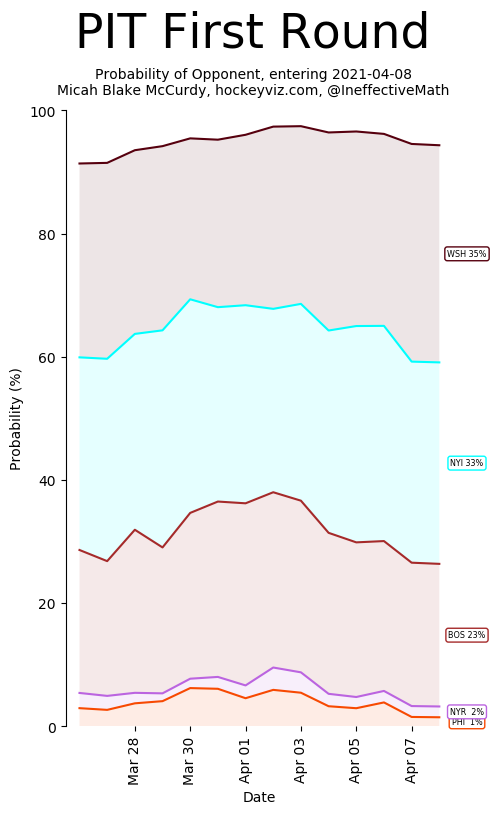 So this impacts the Penguins directly. Will it change their plans? I don’t think so. I think the Penguins were already planning on trying to make a move to help this year’s team. The market appears to be a buyer’s market so that is good. Kyle Palmieri was one of the better scoring wingers on the market and he did not earn a first round pick for the Devils on his own. The Islanders also got Zajac AND they also got both players with 50% retained.


What this might do is give the Penguins more options on the trade market if it truly is a buyer’s market. Unless you believe the Devils totally botched the trade. I do think they rushed into the trade too soon. What if a contender has a winger go down with an injury the next few days. I’m sure they’d be pretty desperate to replace the player. No idea why the Devils had to strike the deal yesterday. Were the Islanders really going to pull their offer? If so, who cares? I would have waited.

Ron Hextall spoke to Josh Yohe and complimented Jared McCann and Frederick Gaudreau with their play at center. He talked about pretty much all the depth players stepping up

Ron Hextall sheds some light on his deadline plan. Read about it here: https://t.co/XBkQSXwi6r

“The one thing the injuries have done, they’ve made us feel more comfortable with the depth that we have,” he said. “Evan Rodrigues, Freddy, Anthony Angello and (Colton) Sceviour have done a good job for us. Then (Radim) Zohorna comes in and has given us some depth. But again, if we can find something that makes us better and the price is right, we’ll certainly act on it.”

All players except… Mark Jankowski. Thankfully, I think we are getting closer to the end of this botched experiment.

Hextall said the prospects are not untouchable, but has no plans to trade them. The prospects being Pierre-Olivier Joseph, Sam Poulin, and Nate Legare.

Hextall was not impressed with the past two games, but I liked his response to it


“I won’t look at two games when I’m making moves,” he said.

I feel like the last guy on the job definitely fell victim to small samples and emotion.

Whatever the Penguins do they have until Monday at 3PM to do something.