Wanna blog? Start your own hockey blog with My HockeyBuzz. Register for free today!
We have our first sourced trade rumor of the season for the Penguins and it involves the Winnipeg Jets and Jack Roslovic.

16. Pittsburgh’s been pretty clear in its interest in Jack Roslovic, who is waiting for a trade from Winnipeg. One source indicated the interest shouldn’t be tied to the Penguins’ first two losses. It’s something they’ve looked at for awhile.

Why are the Penguins interested in Roslovic? He is listed as both a right wing and a center and he is also 23 years young. Pittsburgh is very thin on the right side and Rutherford has always liked acquiring players who are able to play center.

A unique wrinkle in trading for Roslovic is that he is currently without a contract. He does not want to play in Winnipeg anymore and has elected to stay home in Columbus without a playing contract. Seeing as though he is an RFA I can’t imagine his salary leverage is all that high. He is probably just happy to get out of Winnipeg.

So who is he as a player? Well he had 29 points in 71 games with his most common forward linemates being Nikolaj Ehlers and Blake Wheeler. He can’t really lay a claim to having a bad quality of teammate with those two. Here’s a snapshot of his last three years weighted with his projected WAR this upcoming season 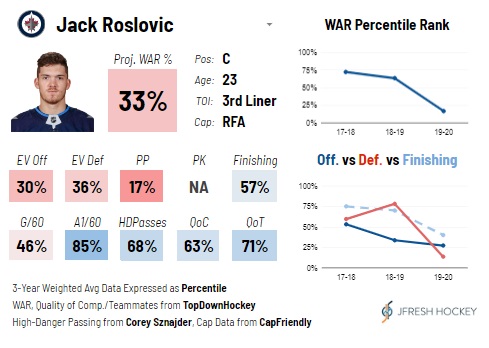 Pretty underwhelming if I’m being honest. Those 29 points make a lot more sense when you think of who he was playing with. He’s been a slight net negative on both the offensive and defensive side of the puck 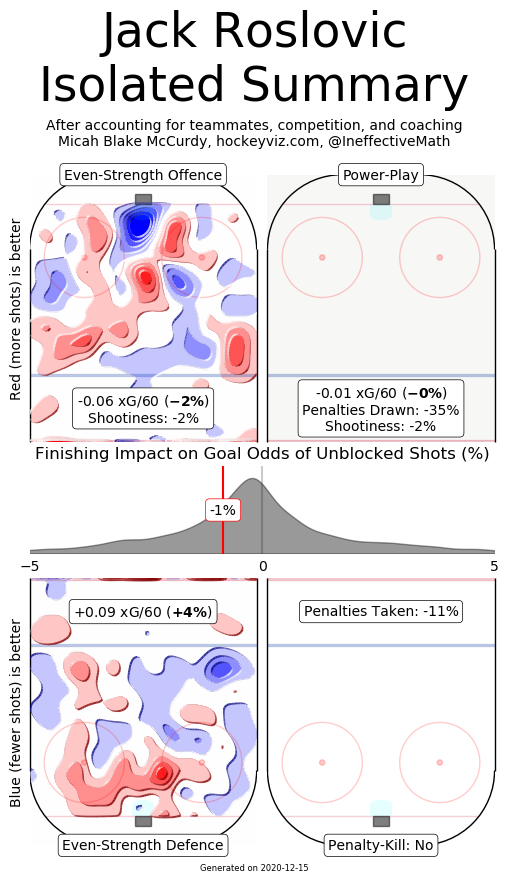 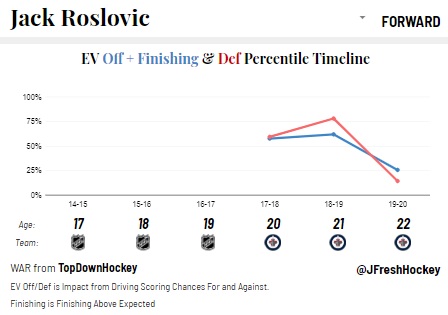 So now the question is what would the Penguins have to give up if they wanted to move forward with this? They don’t have a ton of cap space so maybe somebody like Colton Sceviour could go the other way with a mid-round draft pick. Perhaps it is Evan Rodrigues. Both players were recently acquired and fit the trend of Rutherford trading away players in short order after acquiring them. I’m having a tough time (Winni)pegging Roslovic’s value given his unique situation of being unsigned and seemingly willing to sit out. I’d like to think the cost isn’t overly significant. Who knows, though?

Usually when there are strong rumors about the Penguins being interested in a player in Rutherford’s tenure it means they will eventually become a member of the team. The Penguins are currently gliding through a lackluster performance against Washington so far in the first period tonight. The GM might have an itchy smart phone finger. So welcome to Pittsburgh, Jack Roslovic?

Join the Discussion: » 379 Comments » Post New Comment
More from Ryan Wilson
» Uh oh no Sid
» Penguins look lost against the Islanders
» McCann he get it going?
» Penguins need to avoid self-owning themselves this time
» Teddy or not Blueger might have to play in the top six