Czech Republic can be found here

Today’s team is Switzerland. I thought the Czech Republic was going to be the last solo team I was going to do, but after taking another glance I felt like Switzerland deserved their own entry. They have a number of good forwards to choose from and at least one really good defenseman. Here’s how they stack up

He’s still growing into the player he is going to be in the NHL. He only has three years under his belt after being the #1 pick in the NHL draft. His boxcar stats don’t jump off the page like other #1 overall picks, but he is a decent player presently and will continue to get better in the coming years. He isn’t going to hurt you.

In his first full season with Minnesota Fiala had a quietly strong season. He put up 34 points at 5v5 which is nothing to sneeze at. He led all Swiss forwards in NHL scoring last year with 54 points in 64 games. Really good production. He’s only 23 and should be able to stay in this range the next few seasons. Fiala wasn’t on my radar originally, but you can’t ignore what he did in 2019-20 and he very much deserves this spot.

He’s a solid player. Decent enough offensive numbers and his underlying possession metrics are strong. In his four years with the Sharks his CF% is 54.3 for a +3.3% relative to his teammates. The Sharks may not have been strong this year, but prior to 2019-20 they were and Meier was a positive in each individual season. Combine this with his 2.25 points per 60 at 5v5 and you have a really nice player who should fit in nicely with the other two on his line.

Truth be told the first player I thought about for Switzerland was Nino Niederreiter. I didn’t think I’d be leaving him off the squad, but here we are. His 1.15 points per 60 wasn’t good enough this year. I need a lot more than that. It was a career low for him. It is what it is.

He’s been one of the best offensive defenseman the past few seasons. He has 65 points in 69 games this year. His name is in the Norris Trophy conversation. He’s a huge reason why I decided to include the Swiss and give them their own day. He is going to help these forwards out tremendously. He would probably find his way on a number of the teams I’ve already selected. Switzerland’s best player.

Where is Mark Streit when you need him? Unfortunately he hasn’t played any meaningful games since 2017-18 and even then it was only for two with Montreal. Honestly, I’d think about giving him a month and a half to prepare and I might go with him. Fortunately, with Roman Josi the partner doesn’t have to be really good and they aren’t going to be. The choices were basically Siegenthaler and Luca Sbisa, yikes. 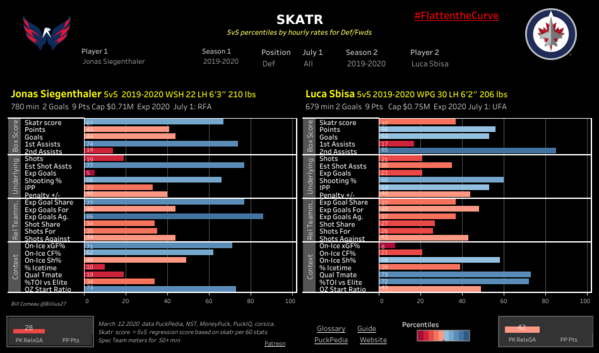 Mirco Mueller and Yannick Weber were other considerations. 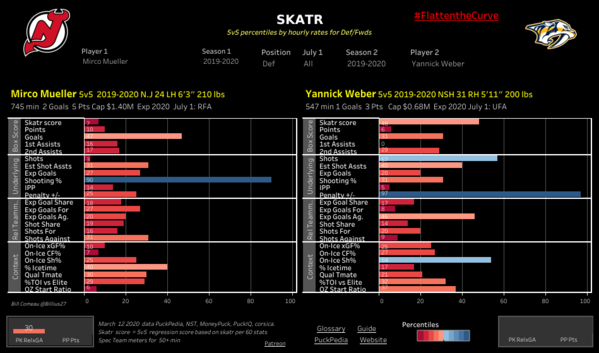 A big nope there.

The reality is the Swiss don’t have many good defensemen after Roman Josi. The issues don’t end here, though.

Welcome back to the spotlight, Jonas

Check your (Swiss) watch tomorrow so you don’t miss the last entry in this series.